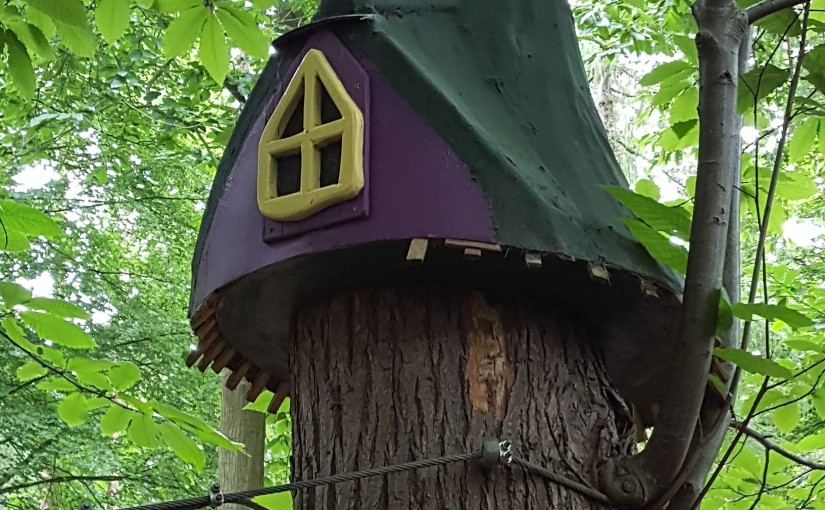 This week, we went to stay with my partner’s brother, S and his family in the countryside. We had a fabulous time there, either relaxing or going on exciting trips out. We looked after S’s children while we were there, so we had 5 children in our care for most of the week. The children got on so well with each other (bar the inevitable odd disagreement) that lovely time was had by all. The theme this week for W’s learning was most definitely nature. She loves all animal-related things and so had a great time in the green East Anglian countryside…. Here is what we did, in order of subject, starting of course with….

Science / Nature: On the way to S’s house, we took the Woolwich ferry across the Thames. The children were fascinated by the way the ferry worked and how it didn’t sink even though it had lorries on it. W was nervous at the start, but then loved the experience.

When we collected the hire car (we needed a bigger car for all the children), we learned the difference between Automatic and Manual cars. The children also asked what all the many different buttons and switches did. They loved having an automatic door and even a sunroof!

We then had a (random) discussion on identical twins and how they occur, compared to non-identical, in which we covered genetics and biology.

On Tuesday, we took a trip to Bewilderwood, which all the children adored. The park is based on the books and there are tiny treehouses for the ‘Twiggles’ and houses lower down for the ‘Boggles’ too. The children then went on to an outdoor stage and took part in the storytelling, went on a boat trip for more stories, went into the maze and found their way through it, and then climbed lots of climbing frames and slides.

Bewilderwood really is an amazing place to visit and I recommend it for any age (do let me know in the comments below if you have been and what you think of it too).

We also visited the Dinosaur Park later in the week, where the children filled in their ‘Dinohunt’ activity sheets to claim their medals at the end. In the gift shop, W really wanted to buy a triceratops toy and so we did a little bit of maths to work out if she had enough money for it or not. She was pleased to find that she did indeed have enough for it and the Triceratops came with us everywhere for the rest of the week.

The children drove little electric quad bikes (bumper cars) around a circuit indoors and then had a go on go-karts too. W worked the pedals and the steering wheel by herself and was proud of herself for doing it on her own.

We read the names of the giant model dinosaurs and discussed whether they were meat- or plant-eaters.

There was also a petting zoo there, which W particularly loved. She stroked the animals and fed them too. She talked a lot about their care and what each animal needs in order to stay healthy, as we went around the different sections of the farm.

The next day, we watched a combine harvester in the field very close to the house. We could see all the workings and W was really interested in how the straw was separated from the seeds and what happens to it afterwards. We learned about what the space around the edge of the field is for and also where the straw will go once it is baled. This tied in really well with her learning pack on wheat flour and how it is milled.

We talked about sunset and sunrise and rainbows, which led to a discussion about the spectrum of light from the sun again.

We visited Great Yarmouth and, of course, went to the beach. W spent ages collecting bucketfuls of seawater from the sea and carrying it across the beach in order for the others to build a big sandcastle (the sand was too dry otherwise). They paddled in the sea a lot too and were then wrapped in layers and layers of warm clothes afterwards!

We met some donkeys there, which W stroked and chatted to. She learned about how to walk around the back of the horse or donkey so that it doesn’t kick.

W later made some ice cream using cream, sugar, vanilla, strawberries, caramel and a bag of salted ice to shake it next to. She enjoyed eating it and liked the process of making it. She asked why larger ice cubes feel colder than smaller ones, so we talked about that for a bit.

We visited a cafe made from an old bus and had lunch there, during which, we learned about magnets and what types of metals stick to them (remembering ‘CONIFER’, COpper, NIckel and FERrous metals) as J had brought his toy magnets along. We tested the ‘conifer’ mnemonic with a magnet and different coins and then W stuck the magnets to different parts of the bus to see what it was made of.

We put up the tent in the garden and W was very good with putting in the tent pegs and putting the tent poles together as well. We slept in it for two nights and W also helped to take it down and dry it out. While we were staying in the tent, we heard crickets every day and once a deer appeared in the garden to see what we were up to.

On Friday, we took a late trip to the park and the children loved the fact that they were out after bedtime. On the way home, we passed some bullocks in the field and W learned about how to approach them without scaring them (on the other side of a fence) and how to spot that they are bulls and not cows!

On the journey home, W spotted some collared doves building a nest. They were quite low down on a ledge at the station and we were delayed, so we spent a long time watching them weaving the twigs together in the wind to try to make the nest stable. It was fascinating to watch.

Play: Every day, the children played on the trampoline and W was able to learn different tricks from her cousins (B, 13 and C, 9), which was obviously a lot of fun. They also played games such as hide and seek, swings, slides, climbing, imaginative and small-world play, chasing games, and storytelling.

At the play park, the children climbed many climbing frames, ropes and slides.

Literacy: W did some more of her sticker book, some drawing and also some spelling practice too. She asked me how quite a few words were spelled and she wrote them down (I asked her to help me to spell them). Most of the words were related to sick or poo, but at least she was writing……..

At Bewilderwood, the children filled in an activity sheet and received a badge at the end for their completed ones.

Numeracy/ Maths: Almost every day while we were at her uncle’s house, W watched Number Blocks on the TV in the morning. She loved the adding and subtracting that they show and understood it. She also watched an episode of a vet show. She absolutely loves that show and loves seeing how the animals are cared for and treated.

W found some packets of curtain pole ends, which were in pairs, so we had a little lesson on the two-times table with them.

At the arcades at Great Yarmouth, W played with the 2p machines for a while. We had a discussion about probability and how unlikely it is that people win anything (and when they do win, it adds up to less than their outlay) on these machines, so the emphasis when we play on them is the fun aspect and not the winning.

Politics / History: We discussed politics and Donald Trump (again) over dinner, when W came up with a few suggestions on how he could be advised to be less mean to people…….. She said that the issues with Donald Trump and other world leaders could be resolved by just sitting down and talking and understanding each other. We later discussed racism in relation to the history of America…. I have to mention at this point that I feel it is important to openly discuss race with the children, rather than giving the vague and woolly message that ‘everyone is equal’. To go into specifics is really important in terms of getting our children to fully understand the impact of racism on society and the individual. There is more about this subject in the book ‘Nurture Shock‘, in the chapter entitled “Why White Parents Don’t Talk About Race”; and there is more in-depth information in this study on the effect of parental discussion around race on children aged 5-7 years.

Music: On a lighter note, W played the piano with her aunt while we were still in East Anglia. She learned a little bit about the piano keys and notes, and enjoyed trying to make tunes. I later played a little bit and W danced while I did, rounding off a lovely week spent with family – just being ourselves and having fun.